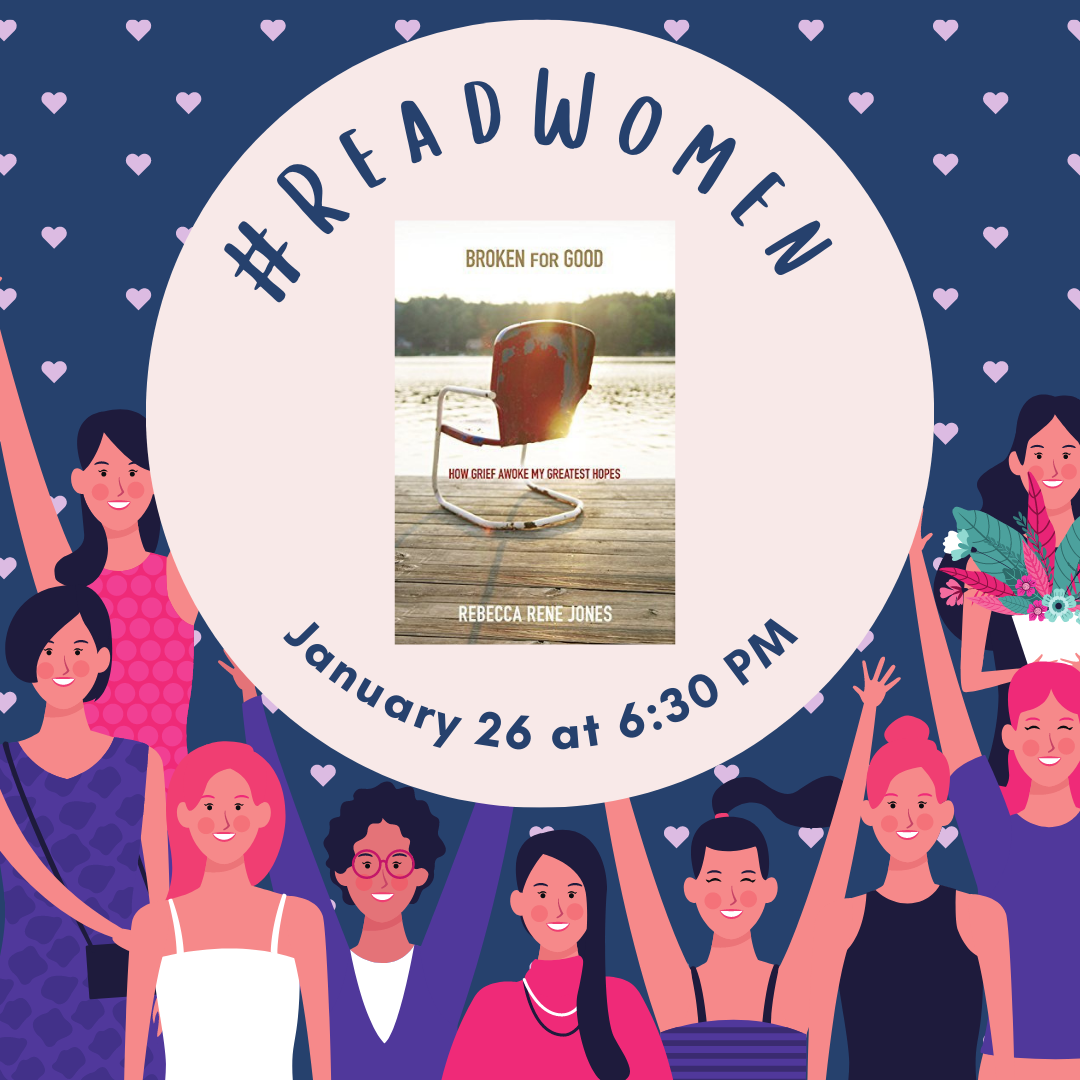 Join us for the book club that exclusively reads female authors. The book selection for January is Broken for Good: How Grief Awoke My Greatest Hopes by Rebecca Rene Jones. It will available to pick up at the Gates Public Library in the beginning of January.

In 2014 Joanna Walsh, author and journalist, founded #ReadWomen to promote and support books written by women. Any genre. Any length. Any kind. We hope to keep up the momentum.

Registration with a valid email address is required. This is an in-person event.

Summary of book from Amazon:

A daughter's narrative about life with and without her father, whose death plunges her into deep grief but gradually becomes her most compelling reason to hope.

Like so many Christian women, Rebecca, her mother, and her two sisters love a man who does not walk beside them in faith. As his cancer returns after a year of remission, they face his last days. As the women in his life struggle to savor their final times together and let go, he finally reaches out to God, and tells them so. Her father's death opens the landscape of heaven and hope to her. She beautifully renders those visions as well as the underbelly of sorrow as she is finally forced to wake up to the world, to new hungers, and to a far more dangerous faith. Here is a spiritual coming of age manifesto that will take its place alongside Voskamp and Lamott as uplifting writing on loss, grief, and growing up, quick.