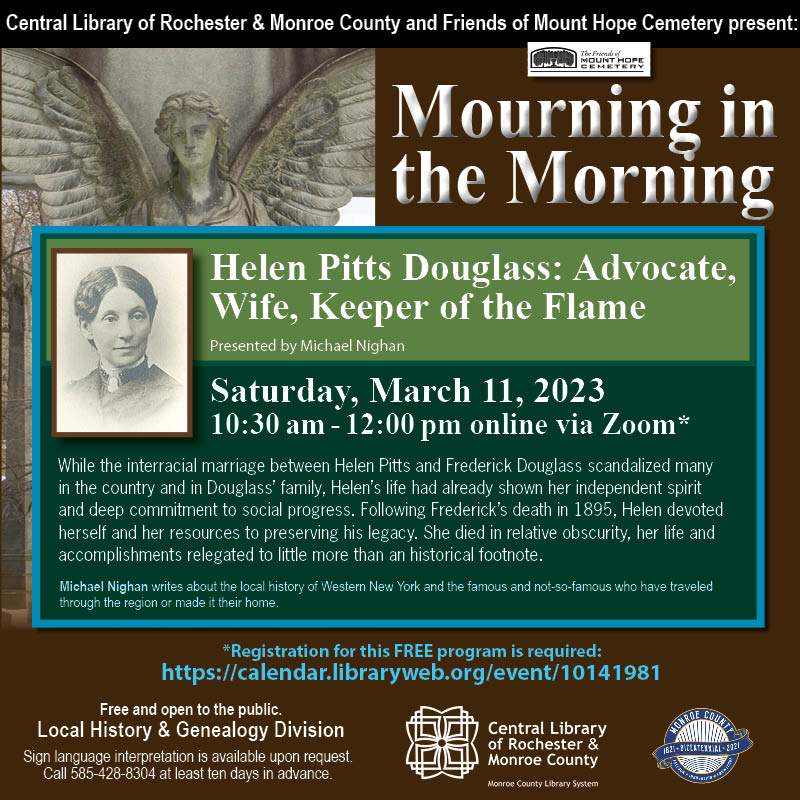 REGISTRATION IS REQUIRED for this free online event (see below). Registrants will receive the Zoom link in an email one hour before the talk begins.

While the interracial marriage between Helen Pitts of Honeoye, NY, and Frederick Douglass, pre-eminent leader of Nineteenth-Century Black America, scandalized many in the country and in Douglass’ family, Helen’s life had already shown her independent spirit and deep commitment to social progress. Following Frederick’s death in 1895, Helen devoted herself and her resources to preserving his legacy, sometimes against apathy and opposition from the unlikeliest of sources. Despite achieving her goal of saving Douglass’ papers, his possessions and his home in Washington, DC, for future generations, Helen Pitts Douglass died in relative obscurity, her life and accomplishments relegated over the years to little more than an historical footnote.

For many years Michael Nighan (like Helen Pitts, raised in Honeoye, NY) has written about the local history of Western New York and the famous and not-so-famous who have traveled through the region or made it their home. Most recently he has been a contributor to the blog, Talker of the Town.