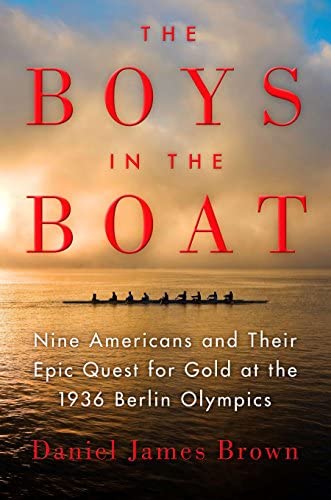 Non-Fiction Book Club (The Boys in the Boat) In-Person

This club is for adults (ages 18+) who want to expand their horizons and knowledge through non-fiction books. Each selection is for the group to read independently and discuss together. Please register, as seats are limited.

This month's title: The Brilliant Abyss by Daniel James Brown

Summary: "The University of Washington's 1936 eight-oar crew transformed the sport and grabbed the attention of millions of Americans. The sons of loggers, shipyard workers, and farmers, the nine boys, in the depths of the Great Depression, showed the world what beating the odds really meant. They defeated elite rivals from California and eastern schools to earn the right to compete against the German crew rowing for Adolf Hitler in the Olympic Games in Berlin. The crew was assembled by an enigmatic coach and mentored by a visionary, eccentric British boat builder, but it was their trust in each other that made them a victorious team"--back cover.

Meetings: the 2nd Wednesday of every other month (January, March, May, July, September, November).

Copies are available in the library now!