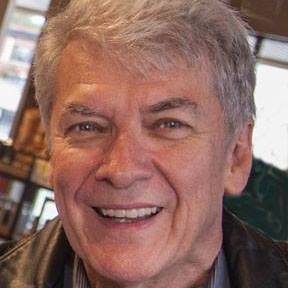 After the success of last year's 100 Acre Tract Tour, Rochester's Rich History once again hits the road for its June edition, with a tour of the beautiful Corn Hill neighborhood. Join Third Ward historian Jim DeVinney in exploring the history of this amazingly well-preserved 19th century neighborhood.

Where did city founder Nathaniel Rochester live? Who put the statue of Mercury into our skyline? Where did a couple of teenage girls once talk to the dead? Where did Frederick Douglass first publish his historic newspaper, The North Star? It all happened in the Third Ward, now known as Corn Hill. Join historian Jim DeVinney to hear about some of our city’s most colorful and historic people, places and events

Corn Hill Historian Jim DeVinney is a retired filmmaker who wrote and produced historical documentaries for PBS. He won numerous awards for his work including three television Emmys for documentary writing. One of his films, “Bridge to Freedom,” part of the highly acclaimed series Eyes on the Prize, was nominated for an Academy Award. He also taught television writing at Boston University for ten years. Today he writes a monthly column for the Corn Hill Gazette and gives both public and private tours of the Corn Hill neighborhood, celebrating colorful stories of people and places that made the old Third Ward a vital part of Rochester’s history.

This event is free but requires prior registration. To ensure an enjoyable experience for all participants, we are limiting the tour to 30 people. Please note: The tour will meet in Corn Hill, by the Water Spirits sculpture at Corn Hill Landing where South Plymouth Avenue joins Exchange Street. . Do not plan to meet at the Central Library.