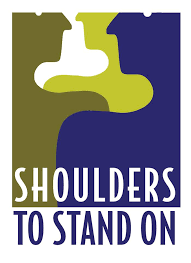 Shoulders to Stand On

Beginning with a small group of students and the formation of the Gay Liberation Front at the University of Rochester, Shoulders to Stand On reveals a largely unknown and undocumented history of Rochester’s LGBTQ+ community and its influences across the nation. Audiences are engaged through very personal stories, a journey that celebrates New York’s oldest gay newspaper, the first openly gay candidate elected to public office in NY, a fight for federal funding, the first city in New York to pass a domestic partnership policy and more recently the passage of

Evelyn Bailey, the executive producer of Shoulders to Stand On, is the Rochester LGBTQ+ Archivist Chair and historian at the Out Alliance.