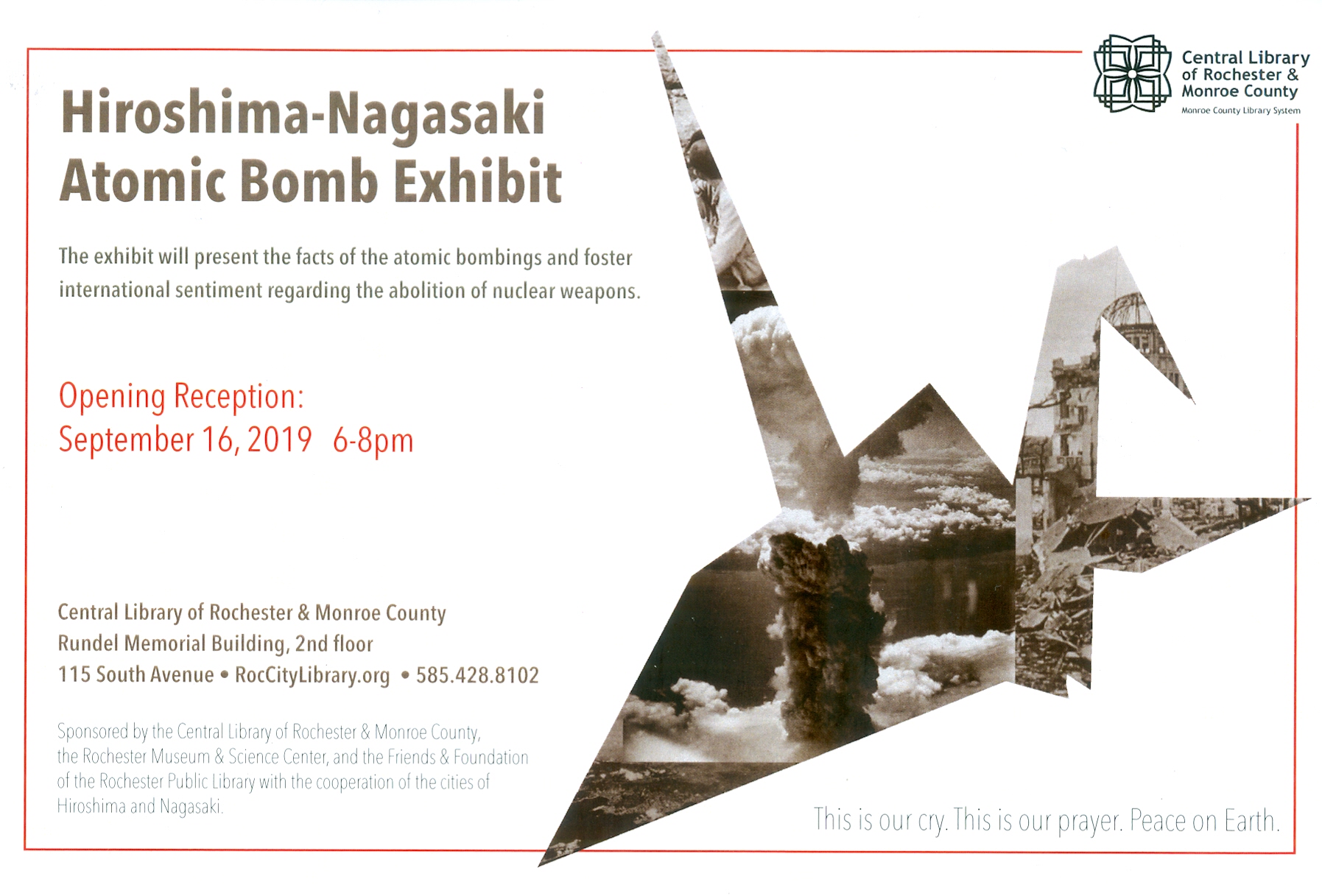 The exhibit will present the facts of the atomic bombings and foster international sentiment regarding the abolition of nuclear weapons.

Hiroshima-Nagasaki Atomic Bomb Exhibition will be held September 16-28, 2019 in the Rundel Memorial Building, 2nd floor. Hiroshima and Nagasaki were the first cities in human history to experience the atomic bombing. In an instant, the cities were completely devastated and many lives were lost. The spirits and bodies of those who barely survived were wounded deeply, and in the continues today, more than a half century later. The Hiroshima Peace Memorial Museum continues to appeal to the world that such an event may never again occur on this planet.

1,000 origami cranes will be on display throughout the library.

This exhibition is sponsored by the Central Library of Rochester & Monroe County, the Rochester Museum & Science Center, and the Friends & Foundation of the Rochester Public Library with the cooperation of the cities of Hiroshima and Nagasaki.