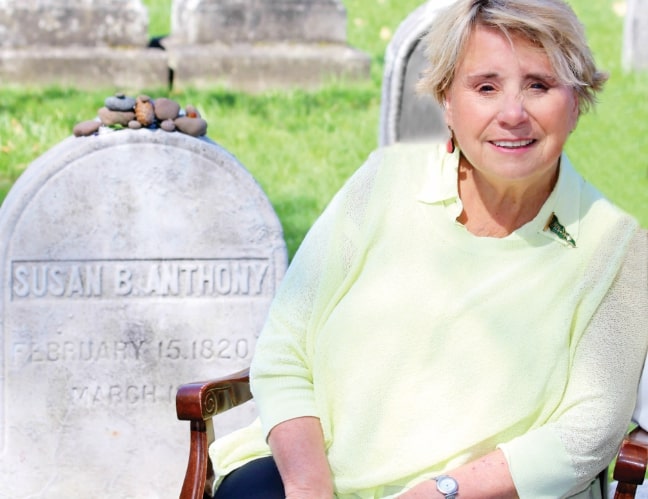 Carol Crossed’s publication, Vintage Tweets: Suffrage Era Postcards, was released in August 2019. The coffee table book features 400 postcards from the author’s personal collection and tells of the struggle of both support and opposition of the early woman’s movement. Vintage Tweets is a tribute to one of the most radical eras in U.S. history and was released in conjunction with the opening of the National Woman Suffrage Centennial at a book signing in Seneca Falls, NY.

Carol Crossed has been a lobbyist for Bread for the World, a global anti-hunger organization, and active in anti-war issues. As a Native American, she has been a supporter of the human rights of indigenous populations particularly in South America. Carol Crossed was co-founder of Feminists Choosing Life of New York and from 1992-19 and Executive Director of Consistent Life, Inc., an international network of over 200 organizations that oppose violence.

She is recipient of the 1996 Susan B Anthony Award, Peaceful Solutions in Non-violence Award, Women's Wall of Fame in Seneca Falls, NY, the Gaudete Medal, and 2018 Catherine McAuley Award, given by the Sisters of Mercy.

Carol purchased and restored the Birthplace of Susan B Anthony in Adams, MA.
The home opened as a Museum in 2010. To recognize this accomplishment, she was awarded the Northern Berkshire Massachusetts Business and Professional Women Award.