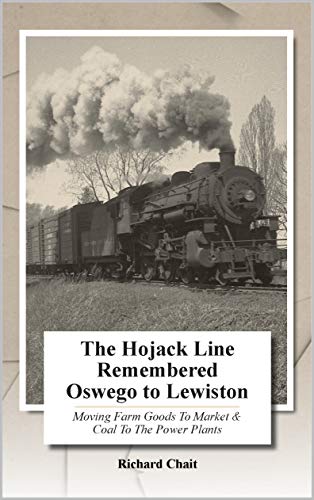 The Hojack Line – Its Role in Rochester’s Industrial Development

Best known by its nickname, the Hojack Line, the railroad that hugged the southern shore of Lake Ontario from Oswego to the Niagara Frontier played a major role in the development and sustainment of Rochester’s industries of the late 19th and early 20th centuries. Companies needed additional electric power to drive their machinery, and coal-fired power plants were the answer. With the plants locating themselves alongside the shoreline, rail haulage for fuel to these plants was necessary. The Hojack Line played a major role in enabling these power plants to meet the power demands of a growing Rochester. This talk details that role.

Recently retired from an engineering career, Richard Chait turned to writing about railroads and the memories he had of them growing up in the Rochester area. A graduate of Charlotte High School, his articles for the New York Central Historical Society have featured the Genesee River Swing Bridge at Charlotte, the New York Central passenger station on Central Avenue, and the Hojack Line along Lake Ontario. His books, Rails In and Around Saratoga Springs and Rails In Rochester and Monroe County are available from Arcadia Publishing Company. His latest book, The Hojack Line Remembered, is the basis for this talk.