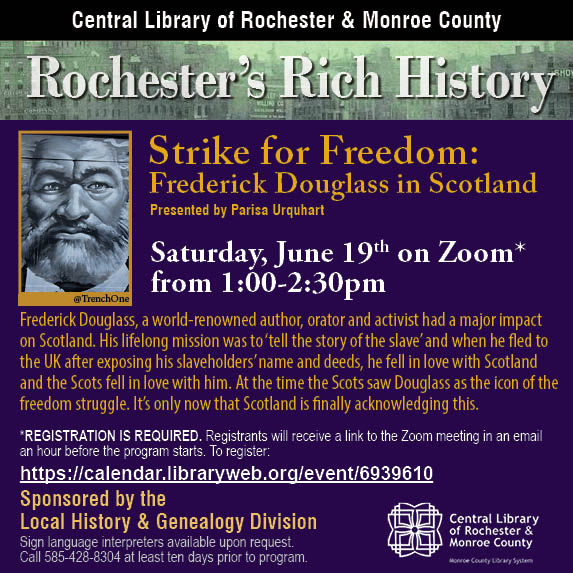 Frederick Douglass, a world-renowned author, orator and activist had a major impact on Scotland. His lifelong mission was to 'tell the story of the slave' and when he fled to the UK after exposing his slaveholders’ name and deeds, he fell in love with Scotland and the Scots fell in love with him. At the time the Scots saw Douglass as the icon of the freedom struggle. It’s only now that Scotland is finally acknowledging this.

Parisa Urquhart is a Scottish Persian documentary director and producer based in Edinburgh, Scotland. She makes content that has a particular focus on identity and colonisation, with an emphasis on truth and education: they are often game-changing stories that challenge the status quo. The stories emerge from Scotland and UK but resonate globally and span current affairs films for Channel 4 News, documentaries for BBC television and cinematic shorts.

Parisa has always had a passion for film and documentaries, even when she was involved in other careers. But eventually she had the opportunity to undertake a filmmaking course when living in Sydney, Australia. Following this, she worked on documentaries by Sydney media companies who had international clients such as the World Wildlife Fund. On her return to Scotland Parisa established her own production company, Urquhart Media Limited, enabling her to produce and direct her own content.