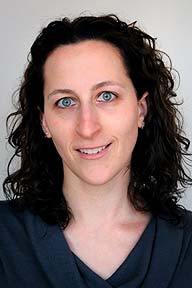 What happened to feminism in America once women won their fight for a suffrage amendment to the United States Constitution in 1920? What does it mean to say there was a “first wave” and a “second wave” of feminism, and what happened in between these so-called waves? Join us for a talk by Rochester’s Deputy Historian, Dr. Michelle Finn, as she examines American feminism in the mid-20th century through popular culture and the idea of the Modern Woman/Girl.

Michelle Finn, Ph.D., is the Deputy Historian for the City of Rochester and Senior Historical Researcher for the Rochester Public Library, where she supervises the Local History & Genealogy Division and manages the Rochester Voices digital humanities project. Dr. Finn earned her degree in American history and a graduate certificate in gender and women’s studies from the University of Rochester. She won the 2012 Susan B. Anthony Dissertation Award for her study on feminism and popular culture in the post-suffrage era and published a chapter from this work in The Ages of Wonder Woman: Essays on the Amazon Princess in Changing Times (McFarland, 2013). A native Rochesterian, Dr. Finn finds her career as a public historian in her hometown extremely rewarding and welcomes the opportunity to share her scholarship with the library’s audience.