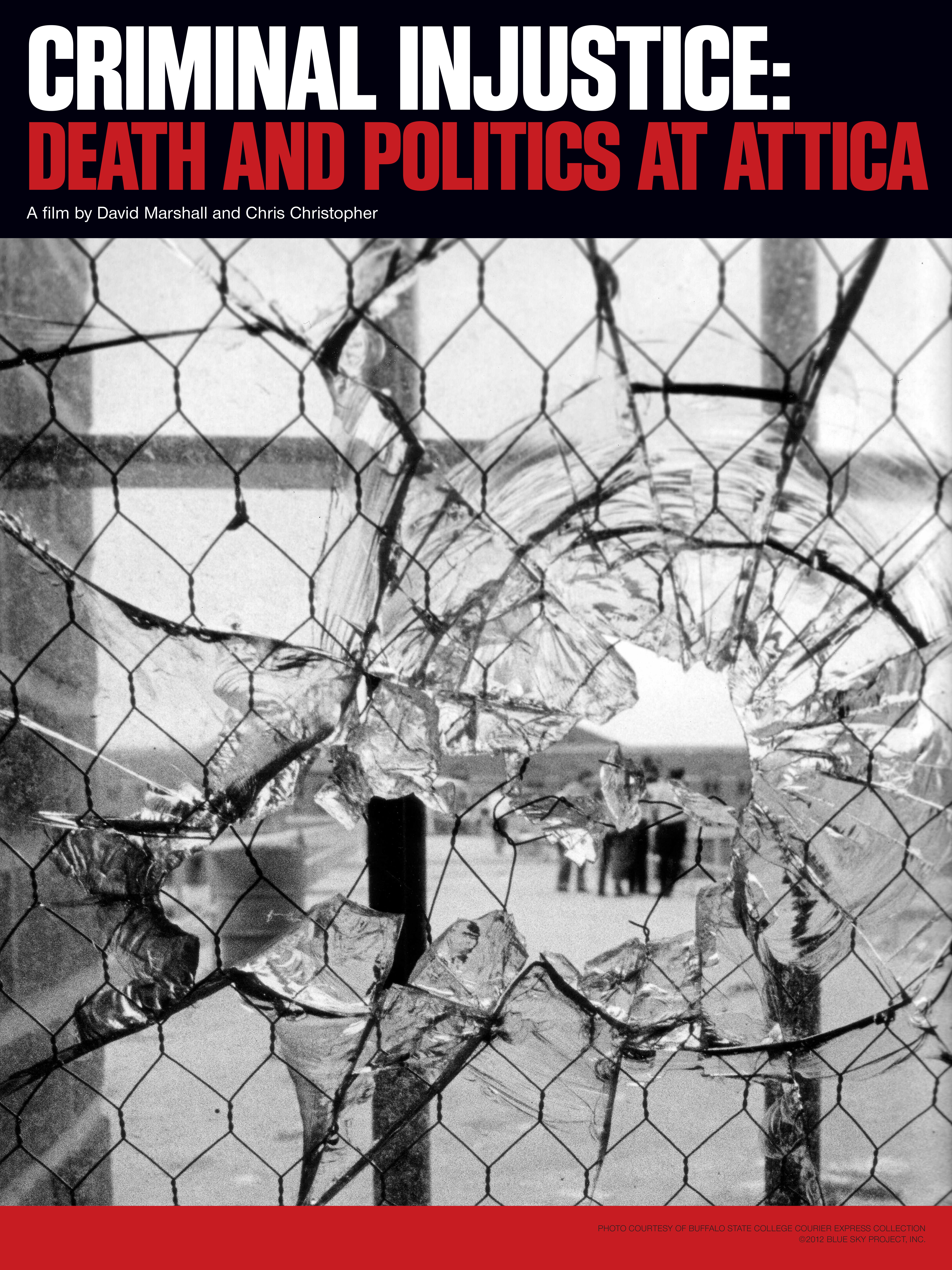 Join local filmmakers Chris Christopher and Dave Marshall for a screening of their Emmy-award winning film Criminal Injustice: Death and Politics at Attica.

Based on scores of interviews with eyewitnesses, as well as previously undisclosed documents, Criminal Injustice shines a light on new evidence regarding what exactly happened at Attica between September 9-13, 1971 and the role local, state, and even federal officials played there. The film raises important questions about the deaths at Attica, the involvement of individuals in the White House, and the influence Gov. Nelson Rockefeller's political aspirations had on decision making before, during, and long after the controversial and deadly prison retaking.

Following the film, Christopher and Marshall will discuss their research and filmmaking experience and take questions from the audience.

Chris Christopher is an Emmy award-winning film producer and writer and a Sundance Documentary Film Institute grantee. She is president and owner of Christopher Communications.

David Marshall is an Emmy award-winning film producer, director, cinematographer, and editor. He holds a B.S. in photography/film and an M.F.A. in computer graphics/animation.