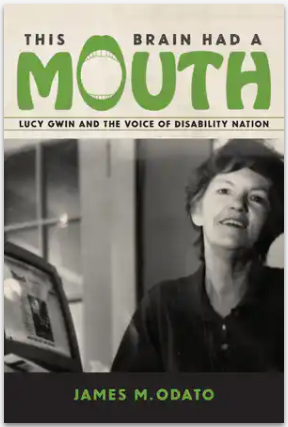 Rochester's Rich History: Unearthing A Life: Lucy Gwin and the Fight for Disability Rights (on Zoom)

Join author James Odato for an overview of the extraordinary life of Lucy Gwin. After suffering a traumatic brain injury in a car accident in Rochester in1989, Lucy Gwin established Mouth magazine and became one the country’s leading disability rights activists, giving voice to those living in what she termed “handicaptivity.” The pages of her magazine were filled with acerbic, biting, sometimes funny and often revealing articles about people with disabilities, what Gwin called the largest minority group in the United States. She fought against institutionalization, worked with the group Not Dead Yet to organize a major rally outside the U.S. Supreme Court, and advocated for passage of the Americans with Disabilities Act. Gwin’s story is one of a complicated and adventurous feminist who weathered hardships, obstacles, and tragedies to crusade for her vision of social justice.

James M. Odato is an award-winning daily newspaper reporter who has worked in Binghamton, Schenectady, Albany, and Buffalo, NY. With a career rooted in watchdog reporting, Odato has been cited as one of New York’s top newshounds covering state government, gambling, and abuse and waste of public money.