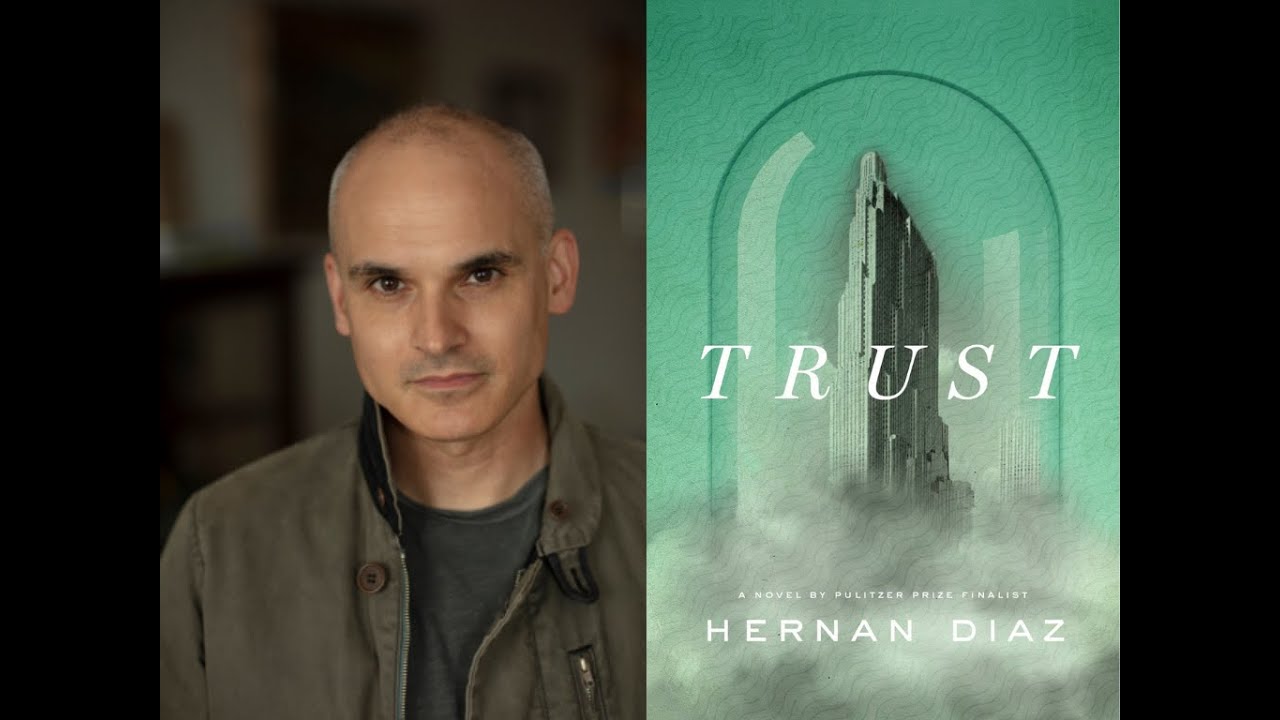 Join us for an evening with Pulitzer Prize finalist and PEN/Faulkner Award winner Hernan Diaz, author of In the Distance and Trust. Diaz holds a Ph.D. from NYU and edits the Spanish-language journal Revista Hispánica Moderna at Columbia University.

Diaz’s new book, Trust, is set during the roar of the 1920s around the Wall Street tycoon Benjamin Rask and his wife, Helen. Together, they have risen to the top of the world of seemingly endless wealth–all as a decade of excess and speculation draws to an end. But at what cost have they acquired their immense fortune? This is the mystery at the center of Bonds, a successful 1937 novel that all of New York seems to have read. Yet there are other versions of this tale of privilege and deceit.

Hernan Diaz’s Trust elegantly puts these competing narratives into conversation with one another—and in tension with the perspective of one woman bent on disentangling fact from fiction. The result is a novel that spans over a century and becomes more exhilarating with each new revelation.

About the author: Hernan Diaz is the author of two novels translated into more than twenty languages. His first novel, In the Distance, was a finalist for the Pulitzer Prize and the PEN/Faulkner Award. He has also written a book of essays, and his work has appeared in The Paris Review, Granta, Playboy, The Yale Review, McSweeney’s, and elsewhere. He has received a Guggenheim Fellowship, a Whiting Award, the William Saroyan International Prize for Writing, and a fellowship from the New York Public Library’s Cullman Center for Scholars and Writers.