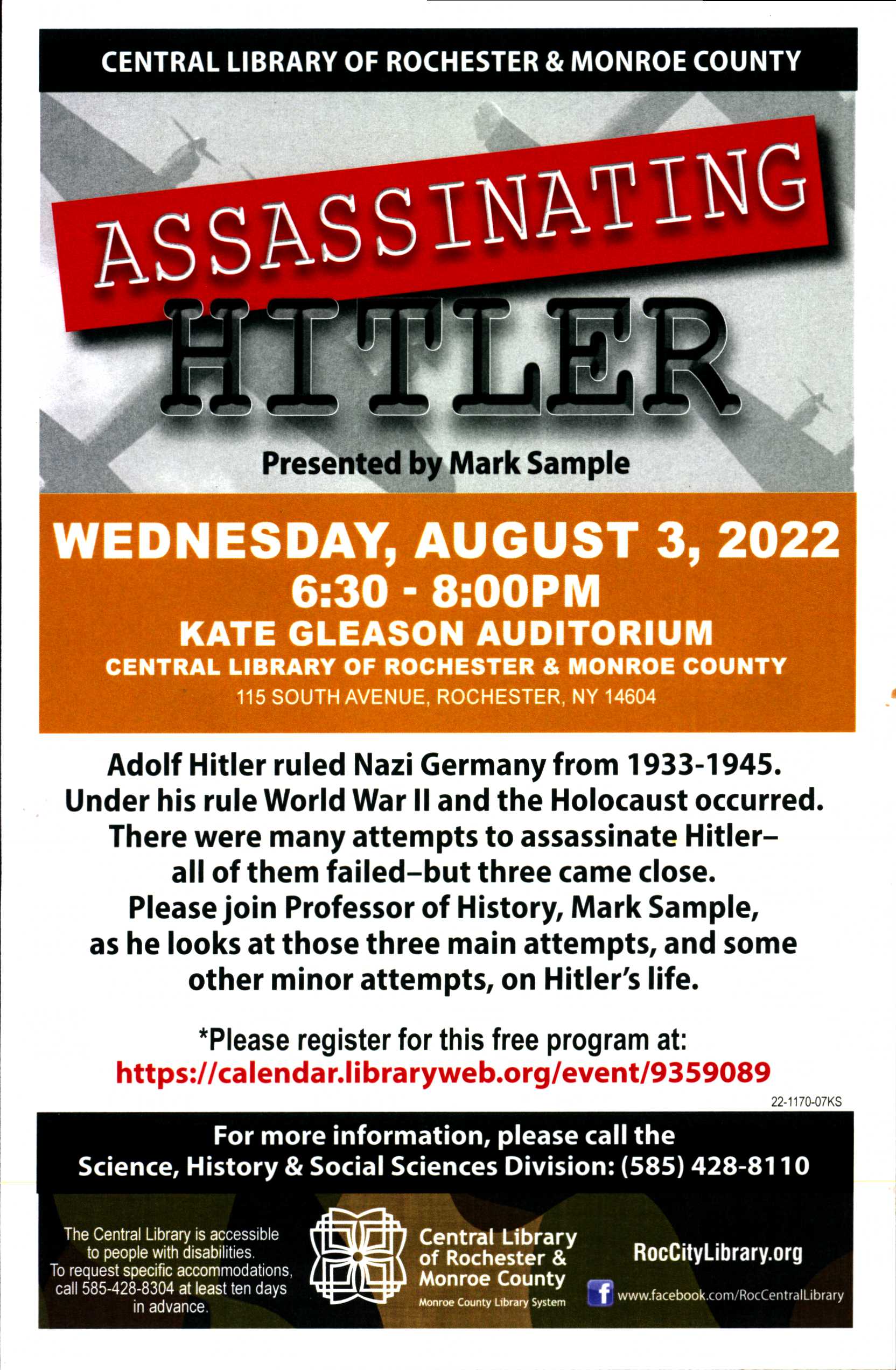 Adolf Hitler ruled Nazi Germany from 1933 until 1945. Under his rule World War II and the Holocaust occurred. There were many attempts to assassinate Hitler and all of them failed, but three came close.

Please join Professor of History, Mark Sample as he looks at those three attempts and some of the other minor ones on Hitler's Life.