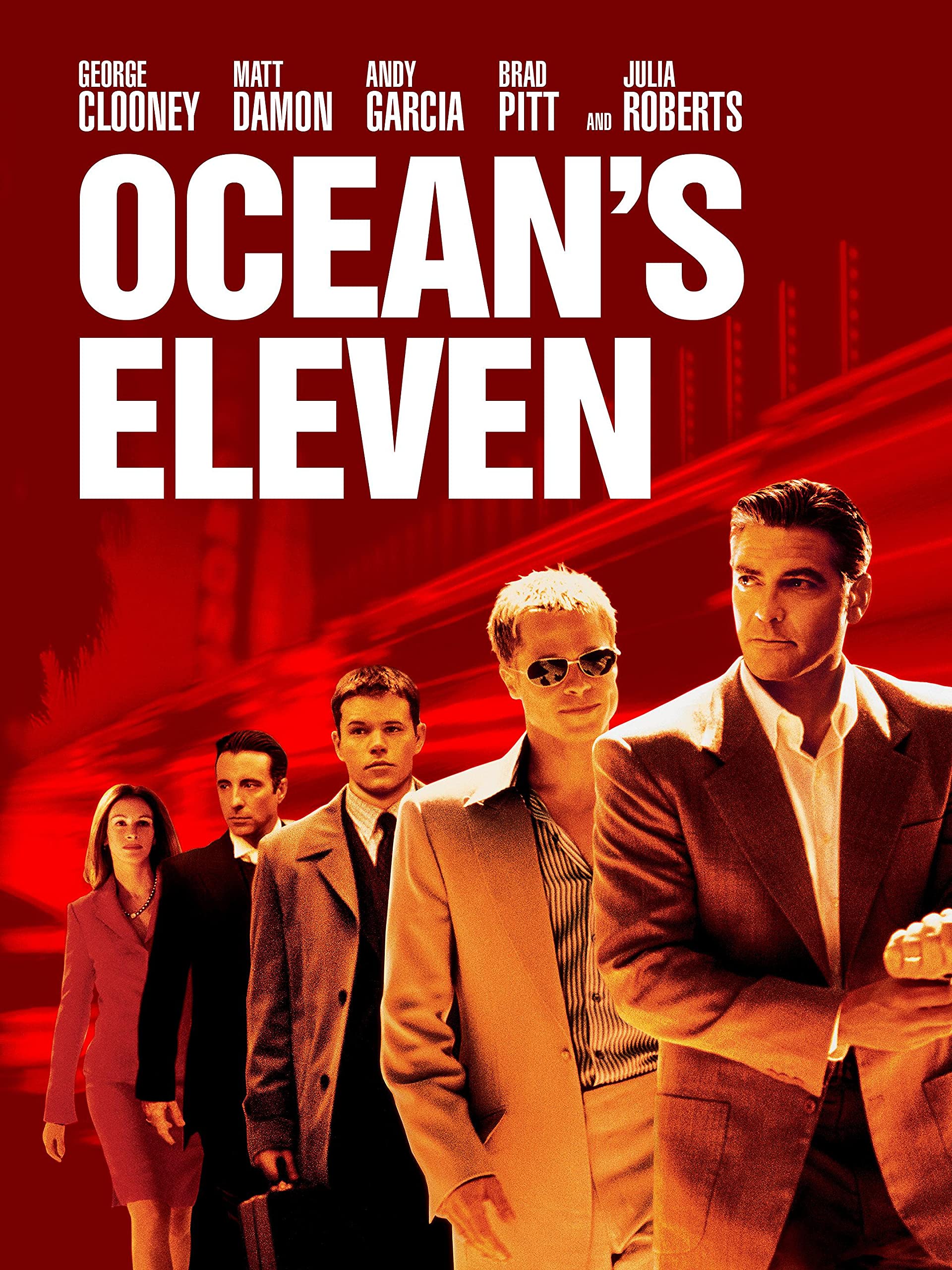 George Clooney, Matt Damon, Brad Pitt, Julia Roberts, and Don Cheadle go for broke to pull off the most sophisticated and daring Las Vegas casino heist ever. Less than twenty-four hours after being paroled, charismatic Danny Ocean (Clooney) handpicks a top-notch team of smooth operators to pocket $150 million in one night! The ruthless entrepreneur Terry Benedict (Andy Garcia) controls three of the biggest casinos in Las Vegas and Ocean’s sexy ex-wife (Roberts). In any other place, they would be bad guys, but Ocean and his crew stick to the rules: don’t hurt anybody, don’t steal from anyone who doesn’t deserve it, and play the game like you have nothing to lose. Are you in or out? Based on the 1960 Warner Brothers film directed by Steve Soderbergh.