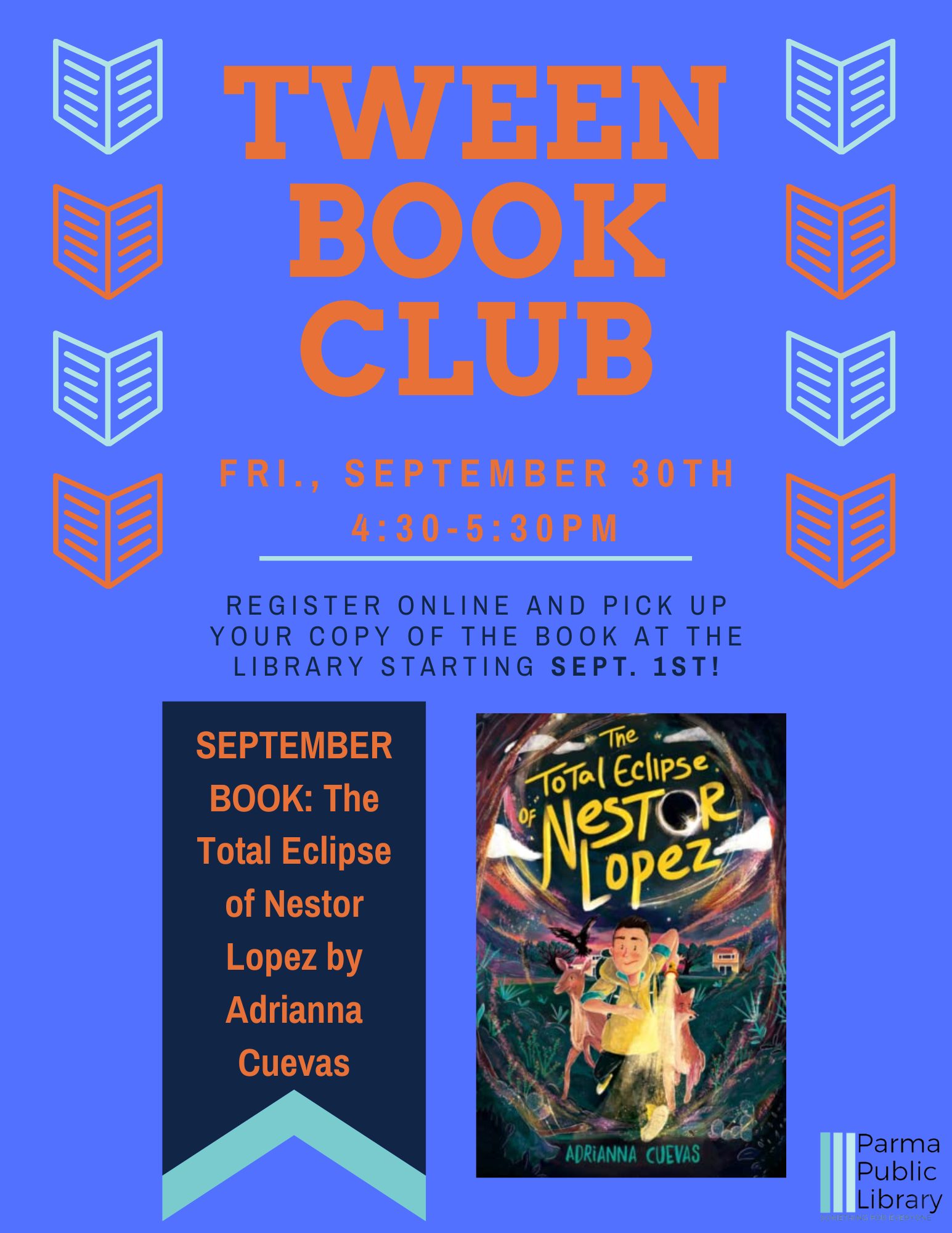 Register to reserve your seat in Tween Book Club! This month we're reading "The Total Eclipse of Nestor Lopez" by Adrianna Cuevas. Once you are registered online, come pick up your copy of the book at the Parma library starting September1st. Book discussion will take place on Friday, September 30th from 4:30-5:30pm. This club is for youth ages 8-12.

THE TOTAL ECLIPSE OF NESTOR LOPEZ SUMMARY: "All Nestor Lopez wants is to live in one place for more than a few months and have dinner with his dad.

When he and his mother move to a Texas to live with his grandmother after his dad's latest deployment, Nestor plans to lay low. He definitely doesn't want anyone to find out his deepest secret: that he can talk to animals.

But when the animals in his new town start disappearing, Nestor's grandmother becomes the prime suspect after she is spotted in the woods where they were last seen. As Nestor investigates the source of the disappearances, he learns that they are being seized by a tule vieja -- a witch who can absorb an animal's powers by biting it during a solar eclipse. And the next eclipse is just around the corner...

Now it's up to Nestor's extraordinary ability and his new friends to catch the tule vieja -- and save a place he just might call home."