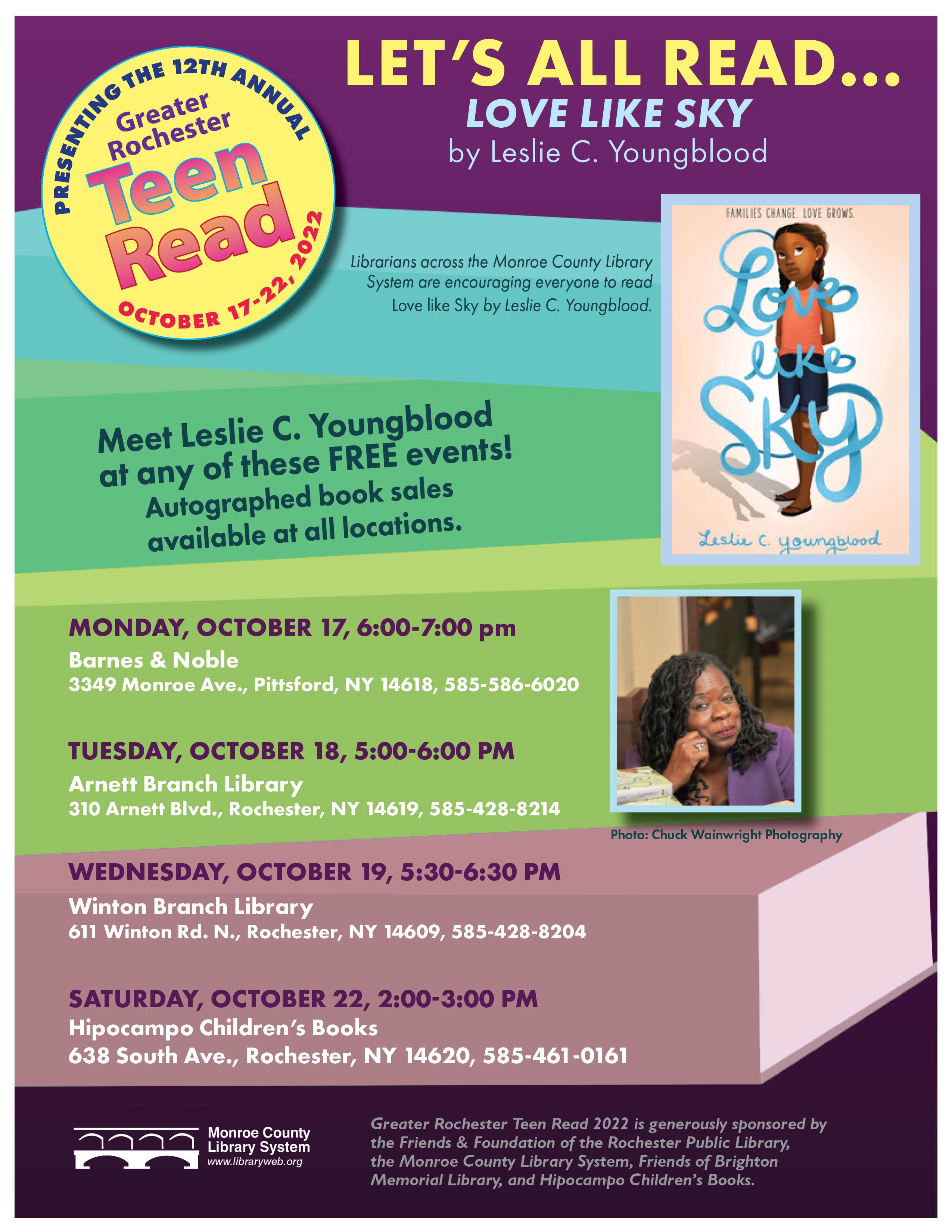 Leslie C. Youngblood, the author of Love Like Sky which adorns our Book Spine Mural, will be at the Arnett Branch Library on October 18 at 5:00pm. Her talk is one of several she is giving at local venues in October as part of the Greater Rochester Teen Read 2022!

Leslie C. Youngblood received an MFA from the University of North Carolina at Greensboro. A former assistant professor of creative writing at Lincoln University in Jefferson City, she has lectured at Mississippi State University, UNC-Greensboro, and the University of Ghana at Legon. She began her undergraduate degree at Morris Brown College and completed her bachelor’s at Georgia State University. After graduation, she served as a columnist and assistant editor for Atlanta Tribune: The Magazine.

She’s been awarded a host of writing honors including a 2014 Yaddo’s Elizabeth Ames Residency, the Lorian Hemingway Short Story Prize, a Hurston Wright Fellowship, and the Room of Her Own Foundation’s 2009 Orlando Short Story Prize. She received funding to attend the Norman Mailer Writers’ Colony in 2011. Her short story, “Poor Girls’ Palace,” was published in the winter 2009 edition of the Indiana Review, as well as Kwelijournal, 2014.

In 2010 she won the Go On Girl! Book Club Aspiring Writer Award. In 2016 she landed a two-book publishing deal for Love Like Sky. She works as a writing consultant for various businesses seeking assistance and individuals looking to hone their skills.

When she’s not reading or working on her next novel, she enjoys watching Shark Tank, Chopped, and other shows where people are giving their all.

Born in Bogalusa, Louisiana, and raised in Rochester, New York, she’s fortunate to have a family of natural storytellers and a circle of supportive family and friends.