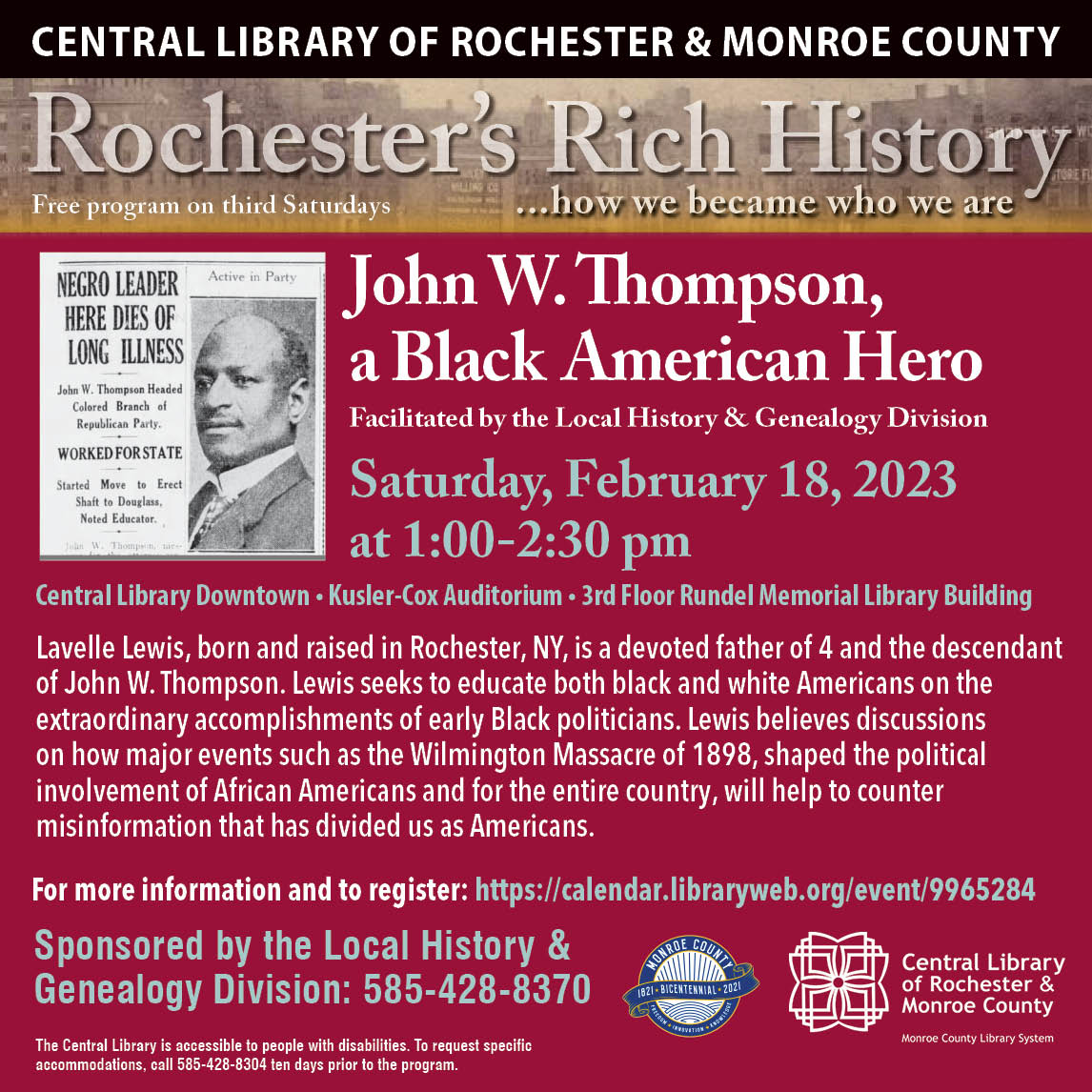 John W. Thompson was an active Black politician with strong ties and political influence in the Rochester area in the late-19th and early-20th century. As a chairman of the Douglass Monument Committee, Thompson connected locally with NYS governors and nationally with presidents and congressmen, crossing paths with both Black and white intellectuals along the way. Looking back today, Thompson was an anomaly during that period. Join us for a conversation about his life and discuss the impact it could have on today’s Black politicians. Led by Lavelle Lewis.

Lavelle Lewis, born and raised in Rochester, NY, is a devoted father of four and the descendant of John W. Thompson. Lewis seeks to educate both Black and white Americans on the extraordinary accomplishments of early Black politicians. Lewis believes that discussions about major events that shaped the political involvement of African Americans and affected the entire country--such as the Wilmington Massacre of 1898--will help to counter misinformation that has divided us as Americans.

REGISTRATION IS REQUIRED FOR IN-PERSON AND VIRTUAL ATTENDANCE

Registrants will receive the Facebook live link via email one hour before the program begins.