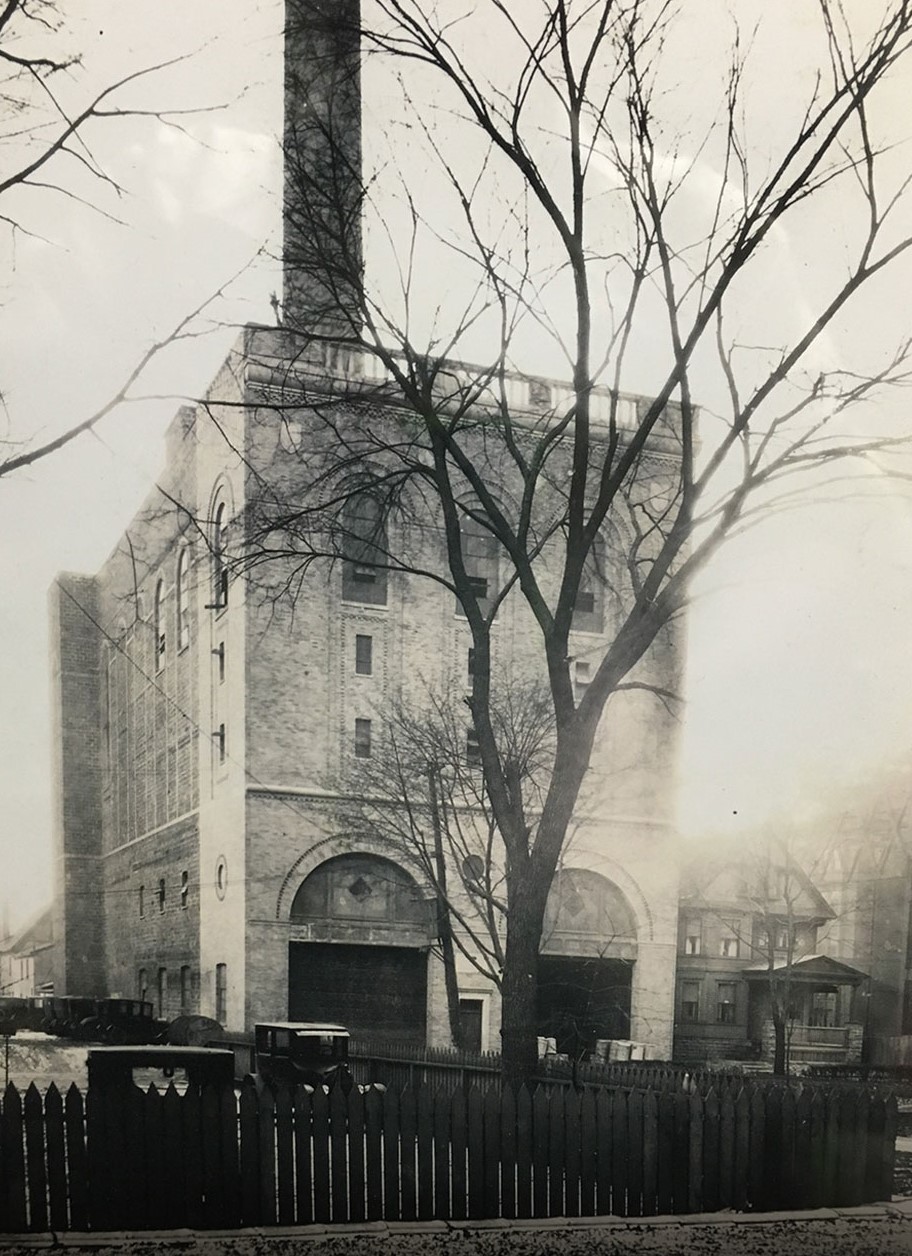 The last half of the Nineteenth Century saw the introduction of public utility services in Rochester, such as public water, electricity and gas. Not as well known was the idea of delivering steam to individual buildings for space and water heating, power, and even cooking. This was known as district steam or district heating, and the first commercial system had been built in Lockport in 1877 by Birdsill Holly of water works fame. A group of Rochester business men visited Lockport in October 1878 and formed the Rochester Steam Heating and Power Company the following April of 1879. This company did not build a system; two other companies proposed district heating systems in 1887 and 1888, but neither moved forward.

The Edison Electric Illuminating Company had been organized in 1886 to promote Edison's incandescent lamp, and their steam-powered plant began service on Edison street in early 1887. The exhaust steam from the engines was used to heat adjacent buildings, but this plant was later converted to use waterpower from the Fitzhugh and Carroll race and the steam engines were abandoned. A group of local businessmen in 1894 installed underground pipes to deliver steam from Rochester Gas & Electric's new station #2 to their nearby factories. In 1904, the Rochester Railway and Light Company acquired RG&E and in 1907 they provided steam to a new garbage reduction plant. Steam service expanded rapidly, and new stations were built in 1925 and 1926 to serve the downtown area and industries at Lincoln Park. By the 1960s the system was the fourth largest in the country, but urban renewal, more stringent air pollution regulations, and increasing fuel cost resulted in more than half of their customers leaving the system. RG&E sought permission to abandon it, but the City, County, and other customers resisted and ended up forming the Rochester District Heating Cooperative, which acquired the system in 1985 and continues to deliver reliable and economical steam service to more than 40 buildings in downtown Rochester.

Morris A. Pierce is the retired Energy Manager for the University of Rochester, where he has also taught the History of Technology, History of Rochester, and American Military History for three decades. He is currently preparing a Documentary History of American Water Works that includes detailed information on over 800 water systems, including Rochester.