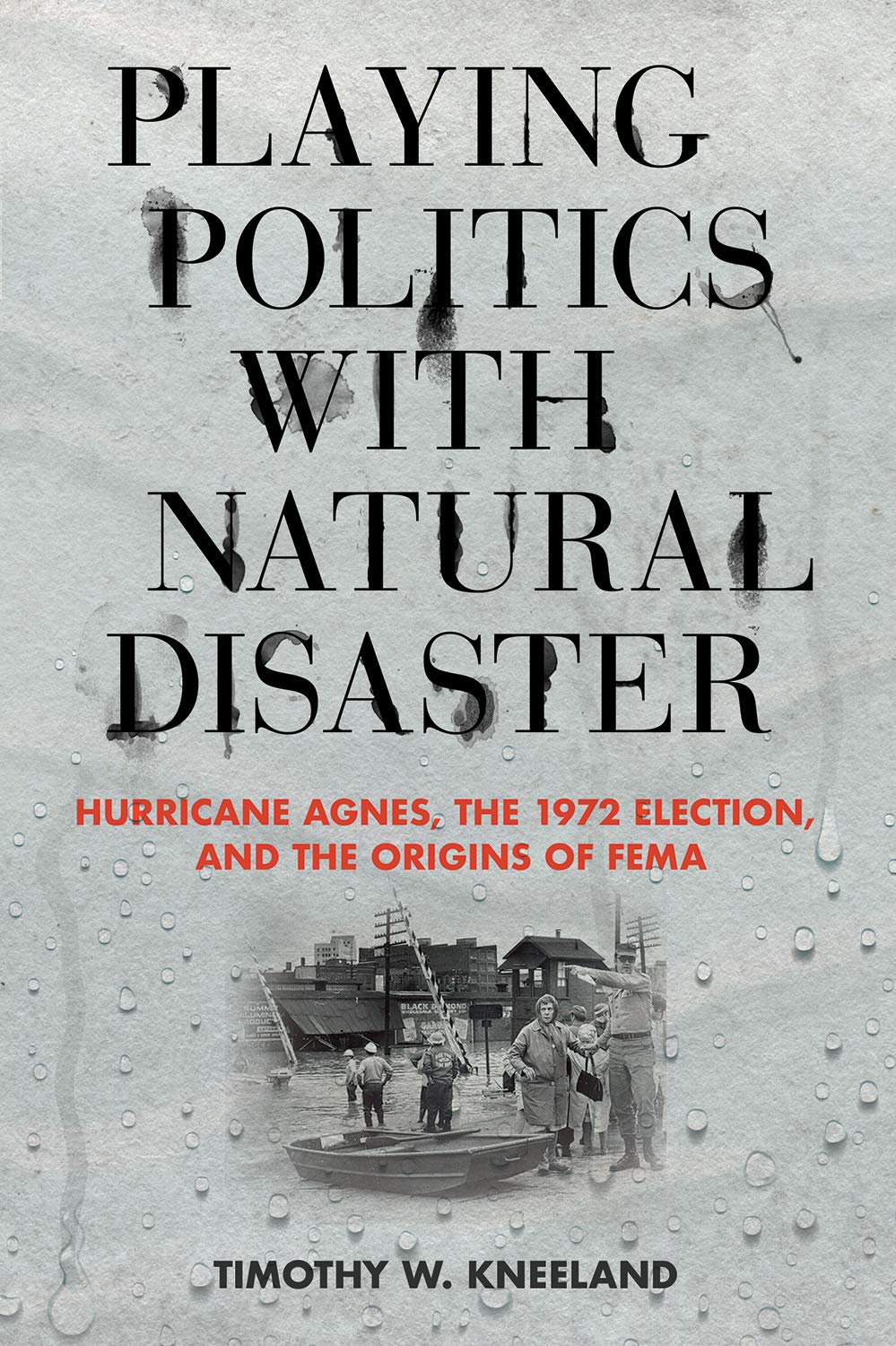 Hurricane Agnes struck the United States in June of 1972, just months before a pivotal election and at the dawn of the deindustrialization period across the Northeast. The response by local, state, and national officials had long-term consequences for all Americans. President Richard Nixon used the tragedy for political gain by delivering a generous relief package to the key states of New York and Pennsylvania in a bid to win over voters. After his landslide reelection in 1972, Nixon cut benefits for disaster victims and then passed legislation to push responsibility for disaster preparation and mitigation on to states and localities. The impact led to the rise of emergency management and inspired the development of the Federal Emergency Management Agency (FEMA). In this talk, Dr. Timothy Kneeland will discuss the interplay between the natural disaster and the 1972 election, especially how Democrats and Republicans at all levels tried to use the disaster to their own electoral advantage.

Timothy W. Kneeland is a Professor of History and Political Science and Interim Director of Research, Scholarship, and Innovation at Nazareth College in Rochester, New York. He is the author of Playing Politics with Natural Disaster: Hurricane Agnes, the 1972 Election, and the Origins of FEMA (2020), Democrats and Republicans on Social Issues (2017), The Buffalo Blizzard of 1977 (2017), Pushbutton Psychiatry: A Cultural History of Electroshock in America (2008) and the forthcoming Declaring Disaster Buffalo's Blizzard of ’77 and the Creation of FEMA. He has authored numerous chapter length studies and encyclopedia articles on American history, politics, and natural disasters. In addition to teaching and writing, Kneeland provides political analysis for local, state, national and international media.